IN SEARCH OF ANNA TRAILER FOUND

Unseen for years, a cinema trailer of Esben Storm's great road movie IN SEARCH OF ANNA has been found by cinematographer Malcolm Richards.  It bears a few scars but is a wonderful reminder of what an unusual film it is.  Great performances by Richard Moir, Judy Morris and Chris Haywood set this story alight.  Fantastic images and a wonderful soundtrack by AC/DC, The Angels, Rose Tattoo, Alain Styvell and John Martyn make this a sophisticated film well ahead of it's time. We have DVDs available here.

VALE -MERLE
Smart Street's guardian angel Merle Keenan has been given two send off parties.  One in Melbourne and one in Sydney, the shindigs were a fitting tribute for one of the most vinrant personaltieis to come enter our lives.  Actors, writers, journalists and film makers joined members of Melbourne's gay community and a host of the young people she loved in eclectic and energetic parties which raged to the early hours.  A number of people spoke about what she had meant to them, and outrafgeous stories were told.  Tears were shed and much laughter and dancing as she wanted.  This little film was also screened.  Vale beloved Merle.....your like will not be seen again.

On April 30th, Smart St. lost it's patroness and guardian angel Merle Keenan. Known to all as Mert she was an indefatigable supporter of our work over nearly 50 years. From cheering us on at the Kew Town Hall in 1975 when we won best film for 27A to organising phone trees to ring SBS in support of our ASIO series PERSONS OF INTEREST in 2014, she batted for Australian film, actors, directors and writers - and tirelessly for me, her son. She was a big personality who loved strength in women and devil in men. Unfailingly, she held out a hand to those who weren't as strong as her. She probably wouldn't describe herself as a feminist but she demanded equity for women and woe betide the man who thought otherwise. She was her own woman - courageous, strong and funny. She instructed that there be no funeral but instead two parties, one in Melbourne and a second in Sydney where there will be champagne, good food, music, dancing and laughter. And that's what's going to happen. Vale Mert. 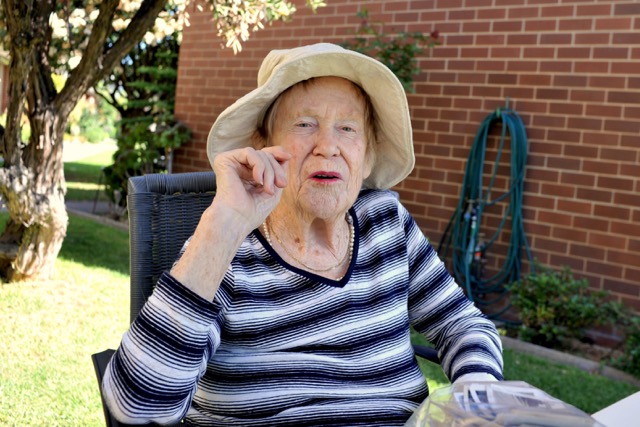 See our film NINGLA-A'NA screening at the Contemporary Art Centre of South Australia as part of artist Richard Bell's extraordinary exhibition 'EMBASSY'. The exhibition won rave reviews in New York recently and the film is a perfect adjunct to Bell's nuanced and politically sophisticated take on the Aboriginal Tent Embassy set up in front of Parliament House, Canberra in 1972.  The exhibition runs from this Saturday Feb 27th until March 27.  The gallery is at 14 Porter St Parkside. Ph: 08 - 8272 2682 and is open every day.  The films screens continuously old school newsreel style, so stay as long as you want.  You can buy the complete film from us here.


In this clip from NINGLA-A'NA Lawyer Paul Coe and Actor Bob Maza tell it like it is.