In Production For 47 Years.

Formed in Melbourne in 1969 by Haydn Keenan and Esben Storm. Smart St. has been making quality cinema drama and TV documentaries ever since. We're not the biggest but we are one of the oldest continuously working film companies in Australia. We've managed to produce high quality films with little Government production investment, a rarity in Australia.

We have produced three feature films, two of which, 27A and Going Down, are regularly cited as milestones in the development of the Australian film industry. The third, Pandemonium, is a skid mark across the landscape of Australian film to this day. 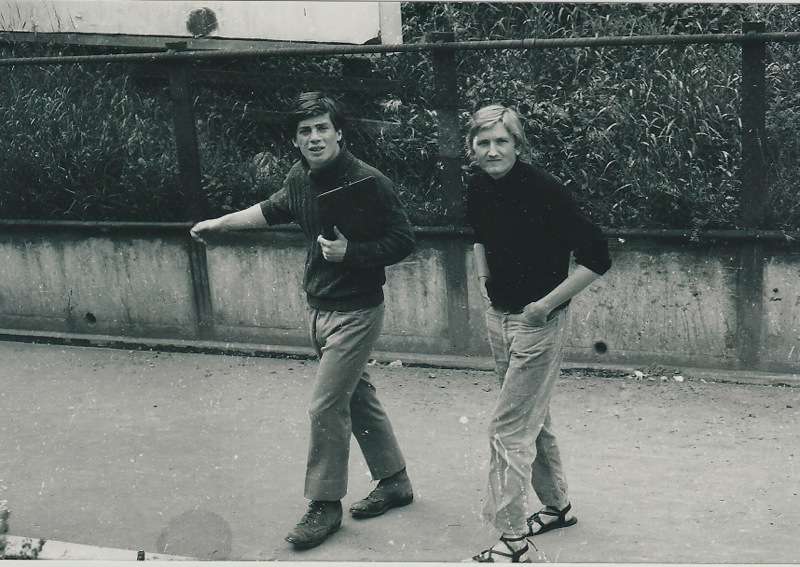 We've made a dozen documentaries, plus the odd music vid and TV commercial.

We don't have a huge slate but it's all good stuff. We've been in for the long haul and made films which have clearly targeted audiences and an innovative and individual approach to both production and distribution.

Our early films were short dramas which began to win awards almost immediately.  We won two of the three awards on offer at the Sydney Film Festival short film competition in the early 70s (A Night To Remember) and immediately decided we were ready for a feature film.  Whilst the Australian film industry was busy making historical melodrama and sex comedies we set about producing a social realist piece about a man trapped inside a mental asylum.  With a stylistic nod to Ken Loach and the British new wave, 27A is a powerful film with a humanist heart.  Against much bigger budget films 27A won best film and Robert McDarra the film's star won best actor at the Australian Film Institute Awards.  Aged 21 when the film started shooting Haydn Keenan  is still the youngest winner of best film in the history of the awards.

In 1975 we opened a studio in a Victorian mansion in Sydney's, Bondi Junction which held cutting rooms, office space, preview theatre and workshops.  From here films such as In Search Of Anna, Journey Among Women and Jim Sharman's The Night The Prowler were made.  The place was a unique creative hub for many film makers and the weekly film screenings drew crowds from round Sydney.

The company is operated today by Haydn Keenan and Gai Steele. "We work the left field" said Keenan, "the middle of the road is highly oversupplied. Whether in production or distribution we've had success thinking laterally."

Keenan's first feature film as Director was the legendary GOING DOWN.  The film was an extraordinary break through in it's focus on contemporary young people in the vibrant Sydney street scene of the early 1980s. The film ran to sell out houses for nearly 4 months in Sydney with some of the best reviews a local film has garnered.  It's power and energy was recognised internationally and it was one of the first Australian films selected to screen at the Sundance Film Festival. 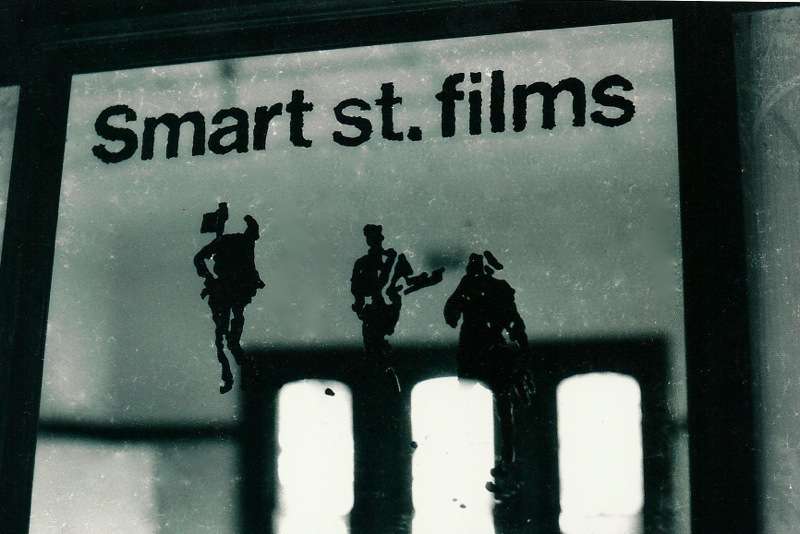 Our national theatrical release of Going Down was followed by a roadshow through Sydney's biggest pubs successfully taking the film directly to it's audience. We were the first to sell non-drama to airlines for inflight use, initiated the government to government talks which led to the signing of the Australia-Ireland co-production treaty and successfully lobbied the major copyright collection agency, Screenrights, to amend their payments policy to make it easier for independent film makers to receive copyright payment for recordings from TV. In conjunction with Palace Films we have collected, sold and serviced more than sixty Australian feature films to Pay TV.

Ealier this year SBS-TV screened our four part documentary series PERSONS OF INTEREST in which we give targets of the intelligence service ASIO their previously secret files and ask them to answer the allegations they contain.  The series was a major hit creating headlines in the media and huge audience response.  So much so that the series was repeated 3 weeks later.  The films were nominated for a Walkley Award for outstanding journalism and won the Film Critics Circle of Australia Award for documentary of the year. It was nominated for the NSW Premier's History Award. The series spun off into several photographic exhibitions and a major museum exhibition at Sydney's Museum of Justice & Police.  In a period of public concern about State surveillance of it's own citizens PERSONS OF INTEREST seems to have hit a nerve.

Our story is not front page stuff, but it's a demonstrated commitment to Australian cinema and the need for independent voices to be heard. A mature film culture has room for a broad range of production, from servicing international films to provincial production. The fact that Smart St is still here indicates that maturation is happening.

There is debate at the moment around the idea that the recent local flops indicate that Australians don't want to see Australian films. This argument is akin to the comedian blaming the audience for not laughing at his jokes. The success of Wolf Creek, The Sapphires, Australia and Animal Kingdom proves this to be simply untrue.   They were all in touch with their audience. We say, "Make them Australian, make them good".

Smart St. is currently financing a small but broad ranging slate of feature films and TV documentaries. Budgets are value and potential good.

We've always taken inspiration from Gomez Adams' business philosophy: As Morticia said, "Gomez, you're the one man I know who can take a failing company and run it into the ground in six months".

In this regard we are deficient and here we are forty seven years old.

To all those who we've worked with, who've seen our films or batted for us, thank you. And to all those getting under way and thinking about the long haul, keep a sense of humour and you'll live longer and have more fun.